Belgrave, a small hamlet lying midway between Wingham and Blyth on Highway 4, has had some help with traffic control for the last 11 years and it’s not a speed trap. Almost every car heading north slows down just as they enter the village to view the elaborate birdhouses on display in John Looser’s yard.

Looser began building birdhouses when he began a forced early retirement after 25 years of building houses. What eventually turned into a business, Extreme Birdhouses, began as therapy for the fibromyalgia pain.

The elaborate designs are all original, from modest two-room styles that are 18 inches wide and 15 inches high to the 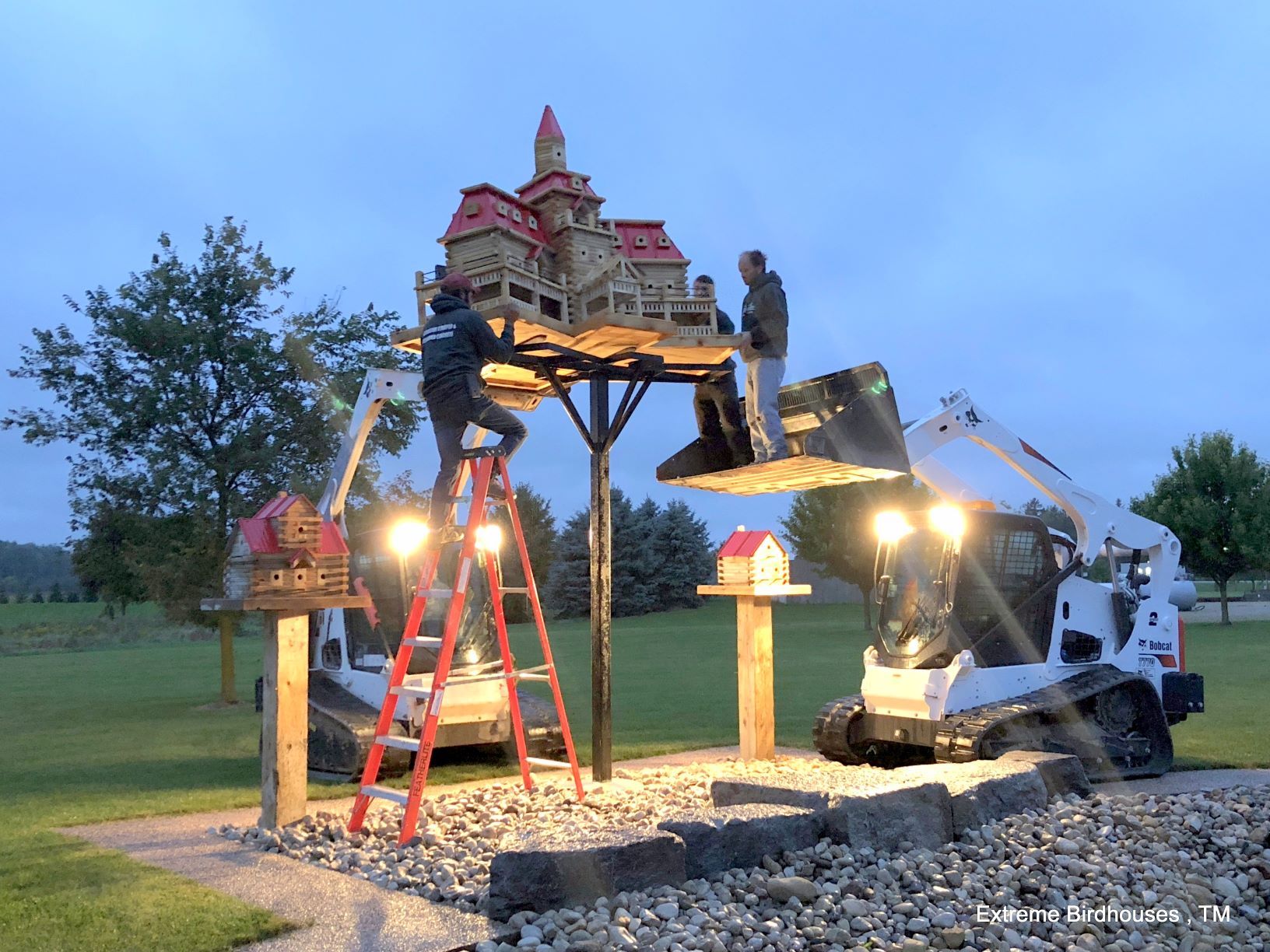 “extreme” that measure nine feet by nine feet and can feature up to 103 rooms. Some of the models are so detailed that they feature working rooftop pools that serve as popular birdbaths! The display models in his yard attract birds as soon as he puts them up, with sparrows and wrens being the most frequent tenants as species who tend to live close together and in large communities.

Looser estimates that he has sold more than 3,600 birdhouses ranging in price from $100 up to $3,700 for the most elaborate. He also has a range of bird feeders, but admits that the houses are his true passion. He now has clients requesting custom orders, most often a replica of their own home.

Passers-by often stop in for a close-up look or a photo and Looser welcomes everyone to stop in by chance or appointment. It’s always best to call ahead if you are interested in ordering or purchasing. If you do post a picture to social media of one of his creations, be sure to tag Extreme Birdhouses.