With its rolling hills and picturesque countryside, Huron County is an ideal setting for cycling. Hitting the road with two wheels instead of four offers cyclists a closeness to the landscape of Huron County that cannot be experienced from the inside of a car.

As Huron County has become a cycling destination for athletes from London, Sarnia, Kitchener/Waterloo and beyond, the county has begun throwing its weight behind initiatives to get more cyclists on the road and ensure that Huron County roads are as cycling-friendly as they can be.

Working with the Share the Road Coalition, the Huron County Cycling Strategy Committee held a number of public workshops in 2016 to gauge public interest and receive input on how the county could improve its roads for cycling. 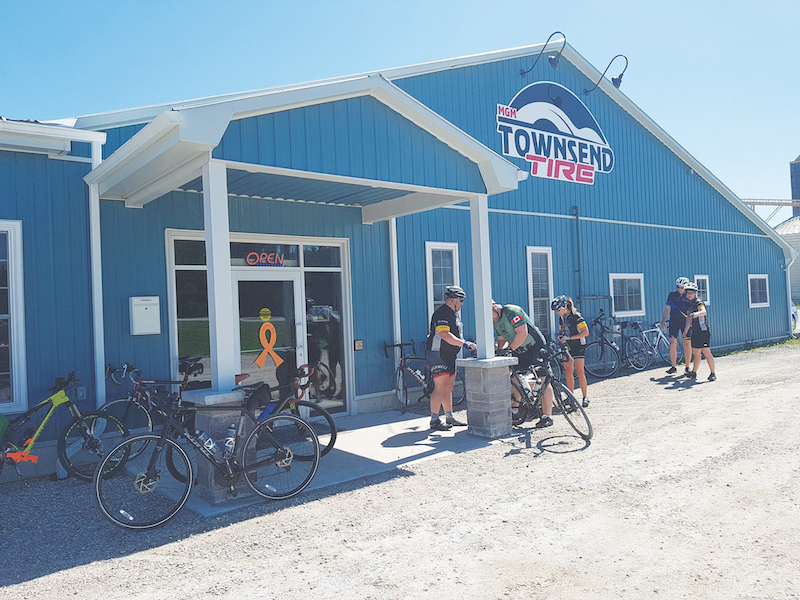 As a result of the work with the Share the Road Coalition and the public workshops, the committee created the Huron County Cycling Strategy, which was approved in early 2017.

Work has been underway on a number of the strategy’s initiatives and while education has been a large component of the work, many practical steps have also been taken.

The county has undergone a pilot project, paving the shoulders of a stretch of road between Saltford and Benmiller. If the trail sees a significant uptick in usage, the county may consider paving more of its shoulders.

The committee is also in the midst of refreshing its cycling guide, which should be released later this year. The pamphlet, which is available at locations throughout the county and online at the county’s website, features any information visiting cyclists would want to know about Huron County. It lists the times and locations of group rides, cycling shops, a map of paved roads, a guide to dirt roads and trails and a number of circuit routes.

Whether it’s in the north, the south, the east or along Lake Huron’s coastline, cycling in Huron County is a beautiful way to spend a day. Many quiet, cycling-friendly roads have been lined with “Share the Road” signs to ensure a polite symbiosis between cyclists and motorists, while its rural landscapes and small communities serve as the perfect getaway for urban cyclists sick of traffic, busy intersections and unpleasant interactions with motorists.

For more information on cycling in Huron County or to read the new cycling strategy, visit the county’s website at ontarioswestcoast.ca.