In the centre of Wingham, right on Josephine Street also known as County Road 4 lies a lovely green space with quite a history.

Cruickshank Park began its life as the site of a high grade mahogany furniture factory in 1875, at a time when mahogany was the height of fashion. Eventually, the Depression hit and luxury items were difficult to move and the factory closed. In 1931, the town tore down the abandoned factory and created a horticulture park in its place. By 1948, a bandshell complete with washrooms was built and then later moved to Riverside Park. Around 1951 a wading pool was added, and it too eventually was removed and the space became a garden again.

In 1966, the Wingham Horticultural Society was formed and took over the management of the space.

In March of 1971 W.T. “Doc” Cruickshank passed away. He had been the visionary that brought radio and television to Wingham, making it one of the smallest towns to have both. From 1926 until the mid 1970s, CKNX was a showcase of Canadian talent, on a scale rarely seen in the Canadian broadcasting business, considering the size of its operation. That first station consisted of a single tube transmitter that Doc had built in his mother's kitchen. The station was granted a licence to broadcast publicly on 920 kilocycles AM and became famous as CKNX Wingham. During the difficult economic times of the late 1920's and early '30's, Doc couldn't afford to buy enough broadcast recordings to fill his air time so he invited local talent to come to the studio and entertain on the air.

On a Saturday night in 1937, one of the station’s announcers ran a program of recorded country music that he called the "CKNX Barn Dance". Doc liked what he heard and decided to turn it into a regular program utilizing live music and Wingham became known for Barn Dance Live shows.

After his death, the town honoured him by renaming the park after him and placing a memorial plaque.

Over the years, the Horticultural Society has made many improvements, including circular gardens with flagstone paths, a pergola built by F.E. Madill Secondary School students, and the pool was sandblasted, painted, and underwater lighting added through a donation by CKNX. 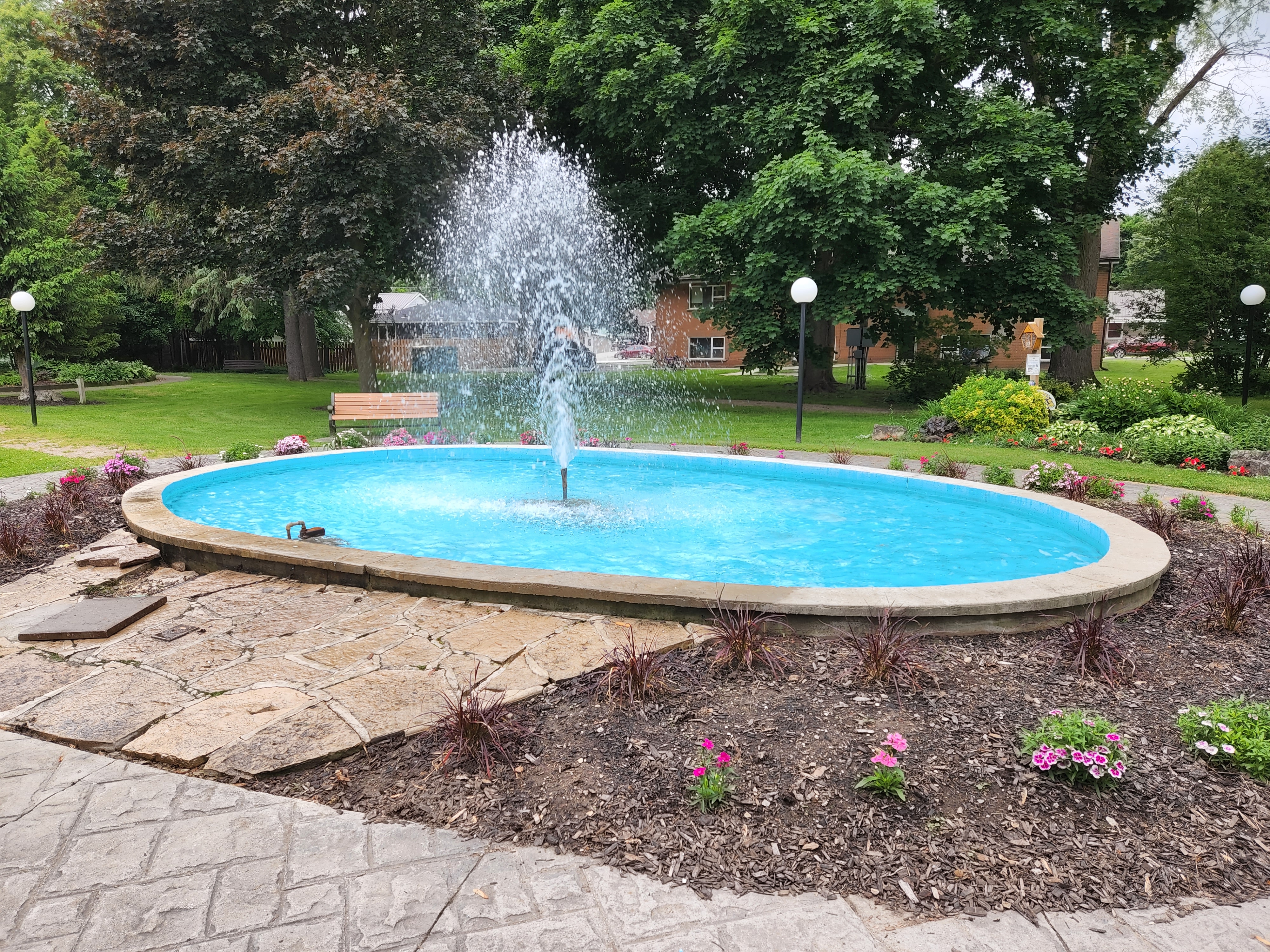 In 2022, descendants of Doc Cruickshank are replacing the sign, upgrading the lighting and planting a tree for other family members. 360 Josephine St, Wingham