If the walls could talk, the vintage buildings of Huron County’s towns and villages would tell many a tale. In Clinton, the walls go much further, illustrating the history of the town through a number of murals on prominent buildings around the town.

The mural project began in the summer of 1997 and there are 10 murals on view in the town. All of the murals have Clinton’s history as a theme, from the very first one which celebrated Clinton’s history as the railway hub of the county to one on the back of the grandstand at Clinton Raceway which honours the famous trotting and pacing horses that have come out of Clinton.

Two artists are responsible for the work. Early murals were painted by Robert Simpson and later, more elaborate, murals were created by the late Allan Hilgendorf, an artist from Chatsworth, in Bruce County.

The murals tell such bits of history as the delivery of Massey-Harris farm implements on March 14, 1899 (visible when travelling towards Clinton’s main intersection along Hwy. 8 from the east) or one in Millennium Park on Hwy. 8 (Huron Road) just east of the main intersection that depicts old businesses and colourful characters along main street including the days when television first arrived in Clinton, drawing crowds to the sidewalk to watch wrestling on a TV set in the window of a local appliance store. 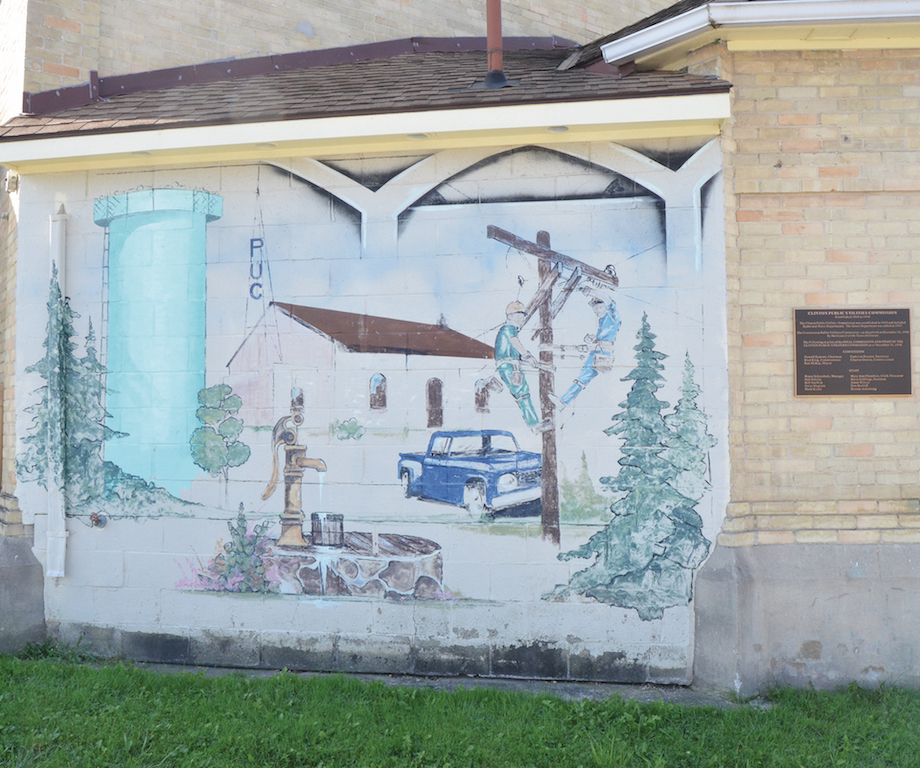