Huron County has long been a cultural hub and has just become home to yet another artist who has made their way here to take advantage of everything it has to offer.

Robert Johnson, better known as Robert the Artist, and his wife Sandy Young have opened Beanstalk Studio and Art Gallery in Hensall’s downtown in a vibrant historic storefront that was once an Oddfellows Hall and has been revitalized as a live-work space. “Hensall chose us,” they say.

Johnson, who is originally from Burlington, Ontario, and Young met on the beach in Key West, Florida while both were living there, and the region is reflected in some of the artwork that he has created. In fact, geography has a lot to do with Johnson’s work and his collections are organized by the places that he has lived. 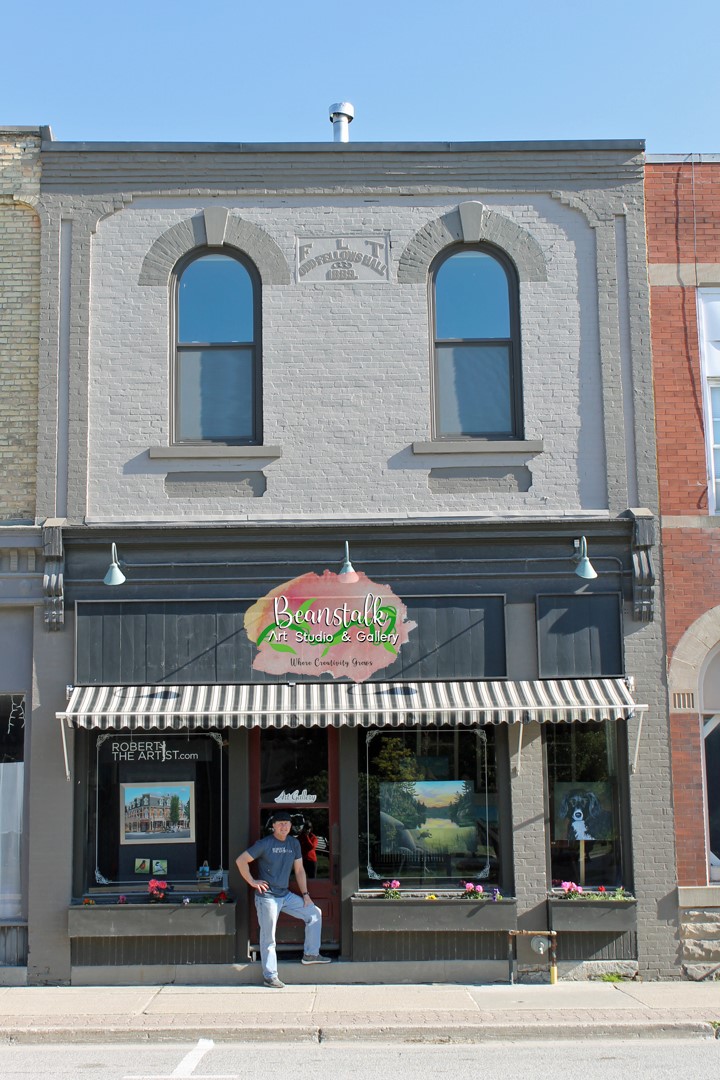 Johnson and Young returned to Canada for family obligations and haven’t looked back. They lived in Toronto and the Muskokas but were still trying to find the perfect, permanent home and studio when they fell in love with the beautiful, airy 2600-square-foot building in Hensall. They had finally found the perfect space to set up a gallery for Johnson’s paintings and create a studio space for offering lessons and paint nights.

Young is the business manager, handling the marketing, setting up the website and organizing the classes and art shows. She says that the plan is for the studio to be open mid-June (pending the lifting of provincial restrictions as the pandemic eases) and to offer classes as soon as they’re allowed.

They describe Johnson’s art as “funky whimsical”, as well as paintings that are in a realistic style. Both original paintings and prints are available for sale at the gallery and online.

The name of the gallery, Beanstalk, pays homage to the village’s long agricultural history as Hensall is known as the “white bean capital of the world”. The studio’s tagline is “where creativity grows” and the duo have big plans for the future, including branching out into sculpture.

Visit the studio at 111 King St, Hensall. www.beanstalkgallery.ca or www.roberttheartist.com