Famed for its white beans and Bean Festival, held annually in August, Zurich also has another attraction for visitors with All in Skatepark.

Housed in the former local arena, the park provides 32 360-degree, interconnected ramps, with the foam pit and resistance training ramp being the biggest hit with visitors, says Derek Fewster, owner of the establishment that opened in 2015.

Just beyond the entrance, in the former basketball and reception space, is the singular bowl where BMXers, scooter riders and skateboarders ride together. Inside the former ice rink, spectators can still sit in the stands as riders attempt ramps of various heights and verticals, rather than skate the length of the ice.

“We have a 60-year-old surgeon and a five-year-old girl who frequently use the facility,” said Fewster. Today, in addition to welcoming skaters of all levels, international competitions draw crowds from the west coast of California and British Columbia while the camps attract professionals from as far away as England and Australia.

“A lot of professionals travel for our mega ramp that takes off from the roof building onto a giant air bag. This helps in securing a lot of the world’s firsts,” said Fewster, adding that his YouTube channel has millions of views of stunts taking place at the park.

“Building this up has been an enjoyable process, from watching stunts that have never before happened on Earth to watching a four-year-old kid conquer her first ramp. It sounds cliché, but it’s amazing as we get just as much out of the little things as the big things,” said Fewster.

Visitors and locals alike can rent scooters and BMX bikes on site, or arrive with their own. Given the pandemic, All in Skatepark is open on a first-come, first-served basis. The popular foam pit is currently closed due to COVID-19 restrictions. 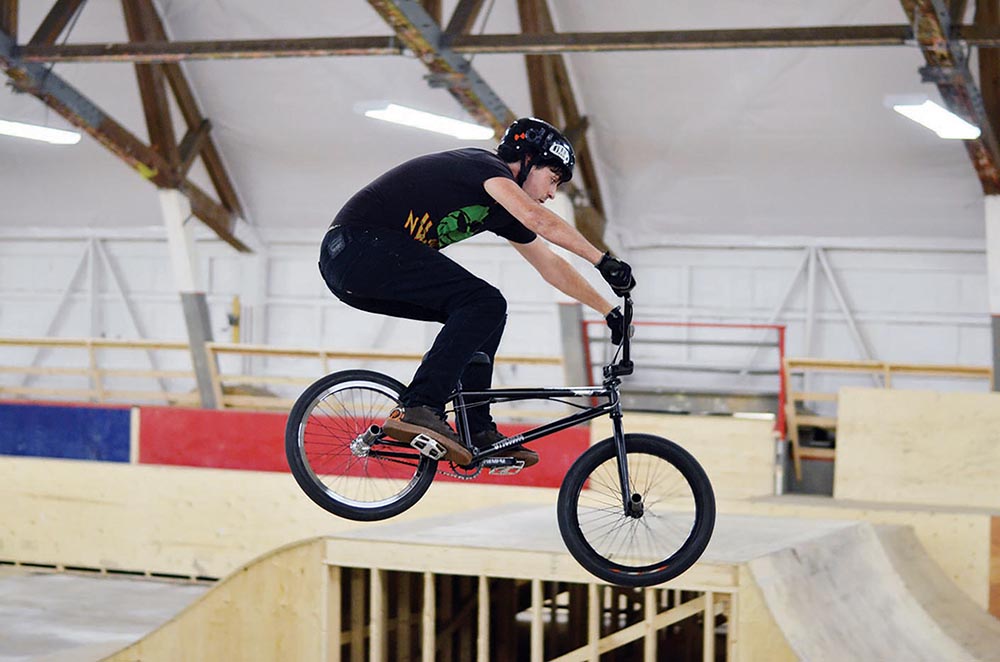